Is there a “right age” to begin having plastic surgery? That’s something 26-year-old Jessie always wondered. Spending most of her youth and young adulthood playing sports, Jessie described herself as having a body that never made her feel very feminine. “I had this strong, athletic build combined with a very flat chest. I hated that.” Jessie recalls being in high school and imagining one day she would have a breast augmentation to make herself feel better about her body.

When Jessie turned 20, she set out to find a plastic surgeon to perform her breast augmentation. After three separate consultations, she decided not to have the surgery. “Having plastic surgery is so much more than just a physical act. You have to really be prepared mentally and I just knew my head wasn’t in the right place to proceed.”

Yet Jessie said as the years passed, she never lost the feeling of wanting to make some changes to her body. Just about that time, she saw some pictures of the work of La Jolla Cosmetic Surgery Centre’s board certified plastic surgeons. “I looked at the before and afters and knew I was ready.” Jessie recalls having the opportunity to try on various implants during her consultation and really began to feel what a difference the surgery could make in her life.

“I guess it may be hard for some people to understand how a breast augmentation or any type of plastic surgery could be so life-changing. But when you are emotionally ready and are doing it for yourself, it’s an amazing feeling.” Jessie and her surgeon also discussed some areas of unwanted fat that had been bothering her and designed a plan to do liposuction of her thighs and stomach during the same surgery session. “I couldn’t believe I was finally going to get breast implants and have liposuction. I was ready.”

As the day of surgery approached, Jessie felt the staff at LJCSC had completely prepared her for everything from surgery to her after-care.

“The entire team makes sure that they answer all of your questions, no matter how small they may seem. Everyone is so accessible to you that you are completely confident you are receiving the best care possible.”Jessie

On the morning of surgery, she developed an unexpected case of last minute fear and uncertainty about her breast augmentation. “I don’t know what happened. It was the one thing I had wanted for 10 years and suddenly I felt unsure.” The operating room team took the time to go over details with Jessie and then give her some alone time to think things through.

“I will never forget that morning. There was no pressure. All they cared about was that I felt comfortable and good about my choice.”Jessie

Jessie chose to have the liposuction and breast augmentation and says it was the best decision she could have made. “The surgery didn’t just change my appearance, it changed how I felt inside. I have so much more confidence now and it has kept me motivated to stay on a healthy eating and exercise program. I don’t want to waste all that work!”

Jessie says she is forever grateful to LJCSC. “There isn’t a day that goes by that I don’t pass by a mirror and am still surprised that this body is really mine.”

Our Own Medspa Concierge, Charity, Shares Her Breast Augmentation Story 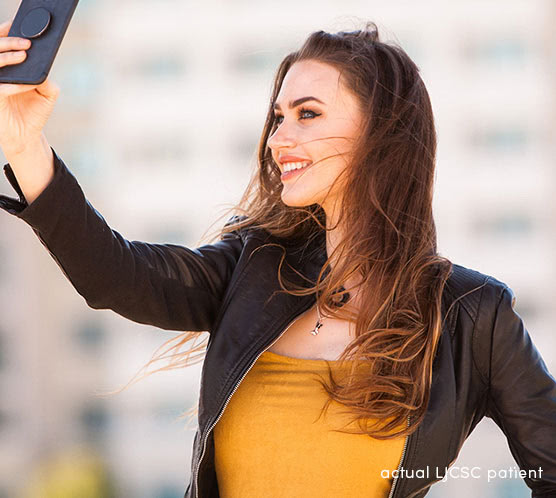 Our Own Medspa Concierge, Charity, Shares Her Breast Augmentation Story
See All

See All Favorites
Something is wrong.
Instagram token error.